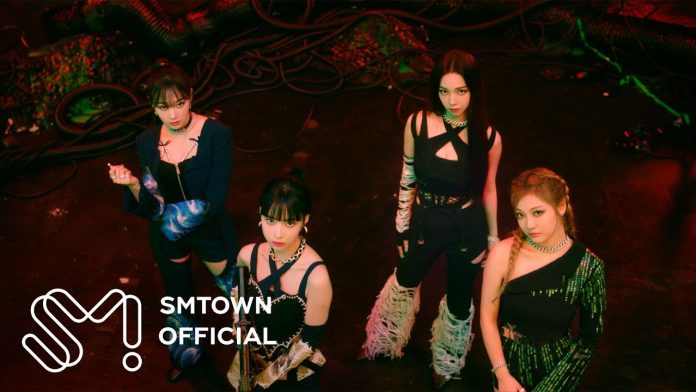 AESPA’s first mini-album title song ‘Savage’ music video released on the 5th surpassed 50 million views on YouTube in 2 days and 7 hours and 30 minutes since the release  on the 8th around 1:30 am (KST).

This broke the record of the last single ‘Next Level’, which surpassed 50 million views on YouTube within 10 hours and 20 minutes of release on 3 days, heralding the birth of a new ‘mega hit’.

ABC’s representative program ‘Good Morning America’ recently reported in an article, “AESPA is dominating the global trend music charts with their new song ‘Savage'”, garnered 30 million views within 24 hours of being released. They continued, “SM’s youngest girl group, AESPA, after BoA, Girls’ Generation, and Red Velvet, drew the attention of fans with a new futuristic agenda and unique use of AI avatars.”