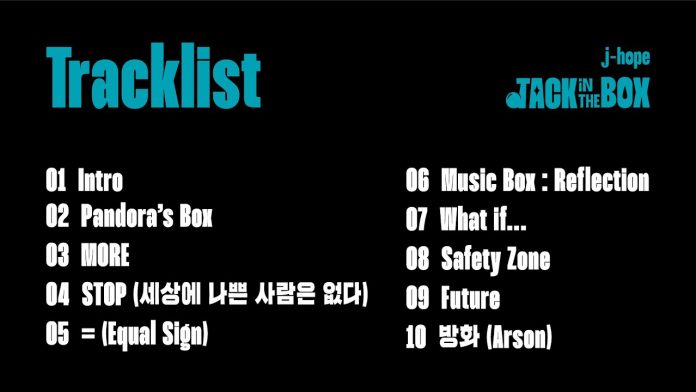 The pre-released ‘MORE’ and the 10th track, ‘Arson’, are the double title tracks of ‘Jack In The Box’.

The two songs become the core message of ‘Jack In The Box’ with a consistent genre and story flow from start to finish.

All songs of J-Hope’s ‘Jack In The Box’ will be released on the 15th.