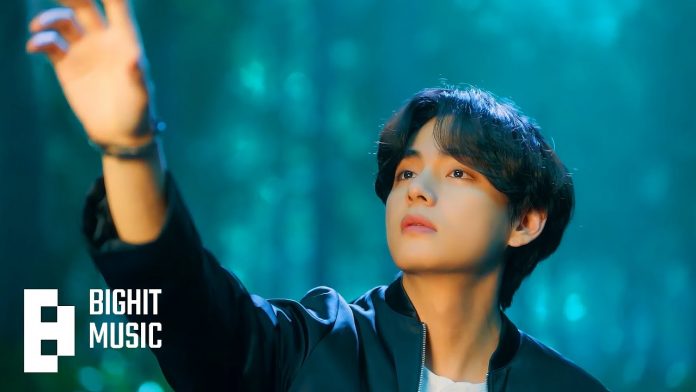 BTS’ V recommended a song for ARMY at the end of autumn.

In the published photo, V stands in the background of a maple tree with an autumn atmosphere, and Kang Heo Da-rim’s song ‘Please Hug Me’ is flowing.

The following photo shows him playing golf on a wide lawn, and Christian Kuria’s song ‘Deep Green’ is included as the insert song.

Then, he released a free atmosphere with a V in the background of reeds, and Omar Apollo’s song ‘Evergreen’ was played, further heightening the autumn atmosphere.

Finally, V released a black-and-white video with a fascinating atmosphere and said, ‘Be careful not to catch a cold’, releasing a total of 6 songs recommended as playlists including Omar Apollo’s Evergreen (You Didn’t Deserve Me At All) version.

(You can find BTS V’s Instagram captures from the source link below.)