LOOΠΔ, #1 on music shows with ‘Flip That’… became a summer queen 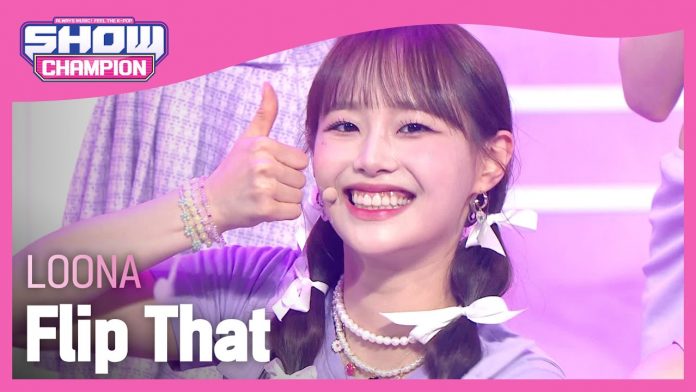 Group LOONA won the first place trophy on a music show with the new song ‘Flip That’.

LOONA, who appeared on cable channels SBS MTV and SBS FiL ‘The Show’ on the 28th, took first place with the summer special mini album and the title song ‘Flip That’ of the same name.

In particular, LOONA, who lifted the trophy for the first place on a music show after their comeback, expressed gratitude to the members of the agency along with their impressions, “We made a comeback after a year, and thank you for giving us a good award.”

LOONA’s ‘Flip That’ topped the real-time music chart of domestic music site Bugs right after its release, as well as all of the album’s songs ranked at the top of the music charts, proving its powerful music power.

LOONA’s new album ‘Flip That’ is a special summer song album aimed at the summer season, which will be released for the first time since their debut as a whole.

The title song ‘Flip That’ of the same name as the album name is captivating listeners with a summer song that contains LOONA’s unique bright energy and dreamy mood.

LOONA plans to continue their comeback activities in various fields including music broadcasting with the new song ‘Flip That’.