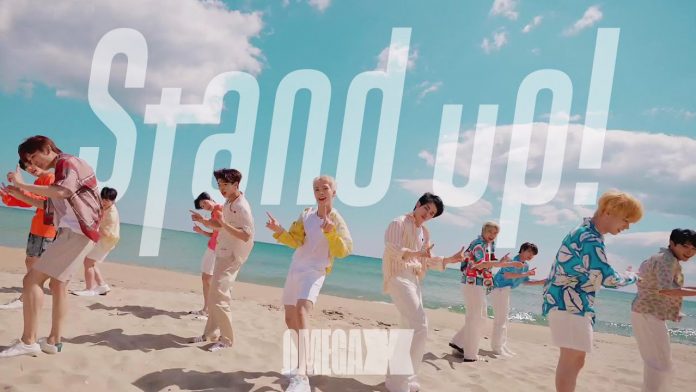 On the 20th, Omega X (Hangyeom, Jaehan, Hwichan, Sebin, Taedong, Xen, Jehyun, Kevin, Junghoon, Hyuk, Yechan) proved its popularity in Japan by ranking No. 1 in the weekly charts of all tower records with their Japanese debut album ‘Stand up!’ released last month.

Omega X, which ranked first in the weekly charts of all tower records stores with ‘Stand up!’, also recorded sold-out seats at the Tokyo and Osaka performances held in August, and received a lot of attention from its debut.

Omega X, who has risen to the top of the local charts in the archipelago, is also selling out tickets for the 2022 world tour ‘CONNECT: Don’t give up’ to be held in Bogota, Colombia on the 23rd, and is writing its own new record. Omega X, who has properly shot Japanese fans, is meeting fans through the Latin American tour of the 2022 world tour ‘CONNECT: Don’t give up’.