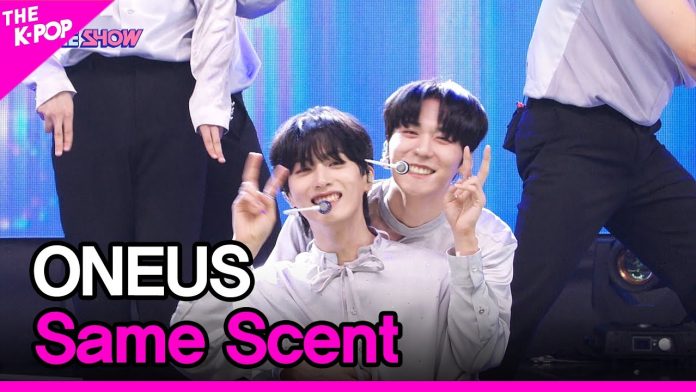 Group ONEUS added a trophy for the first place with the new song ‘Same Scent’.

ONEUS (Ravn, Seoho, Leedo, Keonhee, Hwanwoong, and Xion) took the top spot for two weeks in a row with the new song ‘Same Scent’ on SBS M·SBS FiL ‘The Show’, which aired on the 20th.

ONEUS, who took 1st place, said, “We are very grateful to the many people who made it possible to receive this grateful award following last week.”

On this day, ONEUS caught the eye by transforming into the ‘Human Forbidden Fruit’, which was the No. 1 pledge on the encore stage.

ONEUS made a comeback after releasing their 8th mini album ‘MALUS’ on the 5th. Immediately after its release, this new album proved its remarkable growth by achieving even results in albums, music sources, and music shows.

By creating the modifier of ’42 emotions’ of ONEUS, it proved the growth of ONEUS, which captured both fandom and popularity.

On the other hand, ONEUS is planning to continue active activities with the new song ‘Same Scent’.