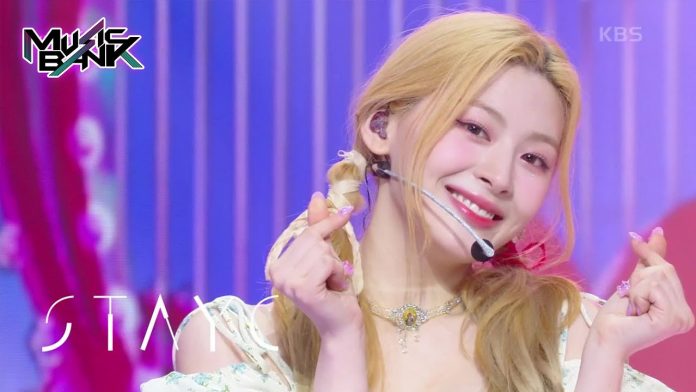 Girl group STAYC took the stage for the first half of ‘Music Bank’ with their teen fresh charm.

StayC (Sumin, Sieun, Isa, Seeun, Yoon, J) performed the title song ‘RUN2U’ of the second mini album ‘Young-LUV.COM’ by appearing in the first half of KBS2 ‘Music Bank’ broadcast on the 24th. .

“RUN2U,” a song by STAYC, is a song that honestly expresses the feeling of STAY that he will run towards you without fear, no matter what others say. StayC captured the viewers’ attention by immersing viewers in the stage with ‘RUN2U’, which contains the message that you will run without fear if it is for love. StayC released the second mini album ‘YOUNG-LUV.COM’ in February and successfully completed ‘RUN2U’ activities.