‘The Show’ Tempest, No. 1 nominee at the same time as comeback 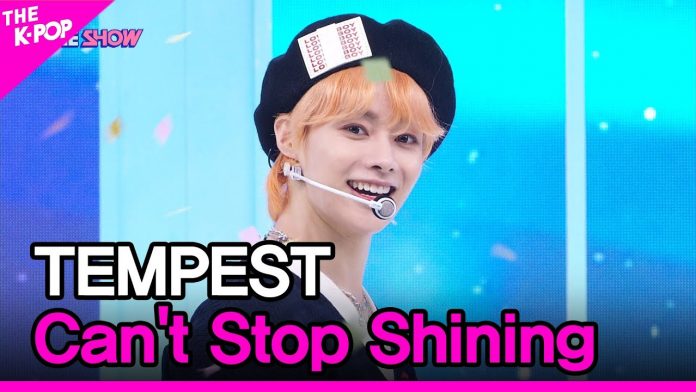 TEMPEST showed a comeback stage with a high degree of perfection, going back and forth between mature charm and refreshing charm.

Tempest (Hanbin, Hyungseop, Hyuk, Eunchan, Lew, Hwarang, Taerae) appeared on SBS MTV ‘The Show’, which was broadcast on the afternoon of the 6th, and performed the title song ‘Can’t Stop Shining’ in the second mini album ‘SHINING UP’ and the b-side song ‘Only One Day’.

Tempest, who was nominated for 1st place at the same time as the comeback, appeared in the corner of ‘Everyone’s Ending – Shoranghae’ and challenged the given mission with a relay.

Tempest, which dyed the stage with a mature atmosphere different from the refreshing charm it had seen before, gave a reversal of charm with a soft and elegant dance line and a point choreography like kicking a jegi.

The title song ‘Can’t Stop Shining’ is a dance pop song with a refreshing atmosphere, and the emotional and dynamic vocal melody and rap add fun to listening to.