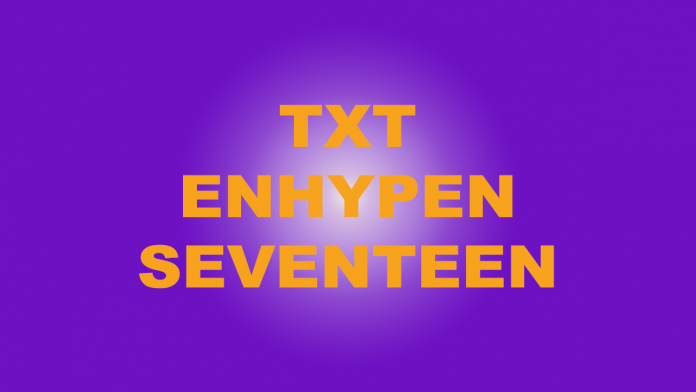 HYBE Labels artists will continue their activities in the second half of the year.
Tomorrow by Together ( TXT ), who released their 2nd full-length repackage album ‘Chapter of Chaos: Fight or ESCAPE’ last month, also achieved remarkable results.
With the release of the repackage album, the 2nd regular album ‘Chaos Chapter: Freeze’ and sales were combined, and on September 4th, they re-entered #8 on Billboard’s main album chart ‘Billboard 200’.
Accordingly, ‘Chaos Chapter: Freeze’ charted for 13 weeks in total, maintaining the position of the album that stayed the longest on the ‘Billboard 200’ among K-pop group albums released this year.
The runner who inherited the baton of this blast is ‘4th generation hot icon’ ENHYPEN. ENHYPEN will release their 1st full-length album ‘DIMENSION: DILEMMA’ on the 12th of next month. Starting with the release of the track video for the first track ‘Intro: Whiteout’ of this album on the 17th, various contents are being presented.
The pre-order volume of ENHYPEN’s new album ‘Dimension: Dilemma’ exceeded 600,000 copies already, breaking their record for the highest pre-order volume.
SEVENTEEN, who confirmed the release of their ninth mini album ‘Attacca’ on the 22nd of next month, released a promotional scheduler on the 27th and started the countdown for a full-fledged comeback.
Thanks to their high-speed comeback in about four months since their 8th mini album ‘Your Choice’ in June, ‘Attacca’ surpassed its own record of pre-orders of 1.41 million copies within a day of pre-order sales, and once again became a million-seller.  With their previous work ‘Your Choice’, Seventeen recorded 1.36 million copies in Initial sales based on Hanteo Chart, the largest album sales site in Korea, making four consecutive million-sellers with a single album. SEVENTEEN also debuted at #15 on the July 3rd Billboard 200 with ‘Your Choice’.