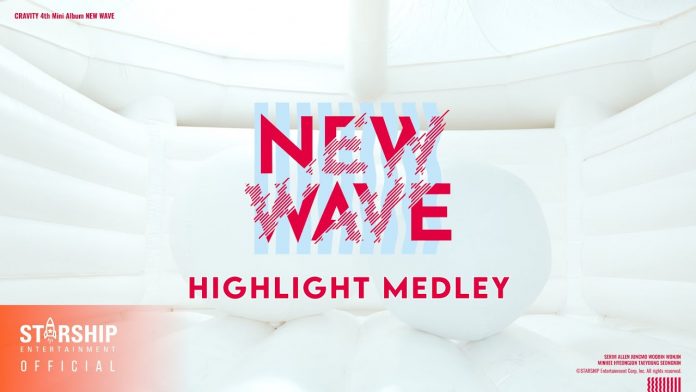 Jeff Benjamin, a columnist specializing in K-pop, said in the article, “Since their debut in 2020, CRAVITY’s five albums have all recorded sales of over 150,000 copies worldwide and are showing successful growth these days.” CRAVITY, which debuted in a pandemic situation, is actively showing the trend that K-pop groups are not only active in Korea, but overseas from the beginning.”

Regarding the new album, “The released ‘NEW WAVE’ clearly shows CRAVITY’s unique energy, and the new singles ‘PARTY ROCK’ and ‘Boogie Woogie’ are fun for the members. It emphasizes having fun and being happy.”

CRAVITY said, “While preparing for the release of this album, CRAVITY put effort into ’emphasizing the group’s unique natural look, trying new things, and breaking the mold’.”

Previously, CRAVITY surpassed 110,000 copies in Initial sales through the previous full-length album Part 2 ‘LIBERTY: IN OUR COSMOS’, and achieved its own best record, and the famous talk show ‘Good Day New York’ on the US FOX5 channel. They also actively met with overseas fans, such as appearing on the show for the third time and appearing at the ‘KCON 2022 Premiere’ held at the Rosemont Theater in Chicago.