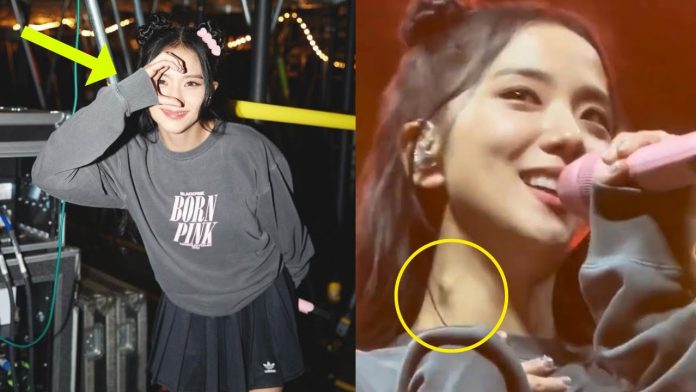 The group Blackpink’s Jisoo got caught up in health issues.

Recently, articles and photos about a lump as the size of a coin on Jisoo’s neck have been spread around online communities, raising concerns among fans. It has been found several times on Jisoo’s neck or in broadcasts and concerts before.

Videos of Blackpink members making choreography mistakes one after another are spreading and attracting attention.