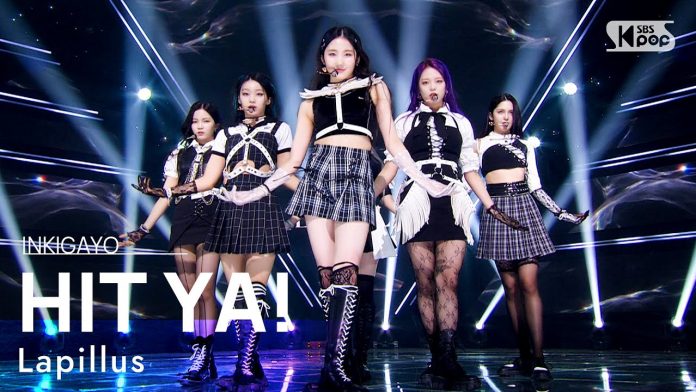 Lapillus appeared on SBS ‘Inkigayo’ broadcast on the afternoon of the 26th and performed their debut song ‘HIT YA!’.

On this day, Lapillus took the stage with an unrivaled performance.

Lapillus, which consists of 6 members, conveys the message of “Shine Your Lapillus” to the world, just like the meaning of the team name, “a jewel that changes color depending on the direction of light”.

Lapillus released a digital single album ‘HIT YA!’ on the 20th and is active in debut activities.