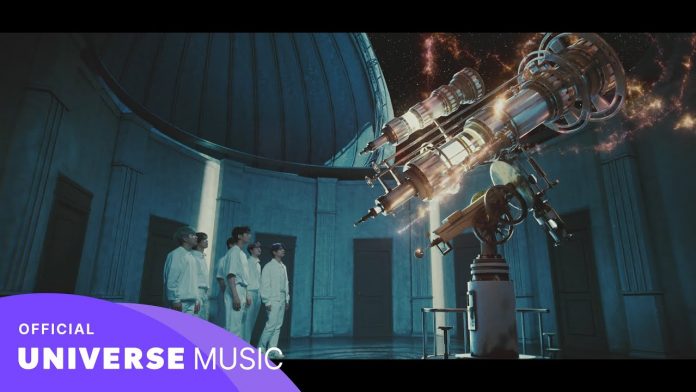 On the 18th, the global fandom platform UNIVERSE released the concept trailer for ASTRO’s new song ‘U&Iverse’ through the app and the official social media channel.

Six planets lined up on a circular clock, a violet gemstone and a star-shaped logo create a thrilling tension as if foretelling the opening of the music video and the fan song ‘U&Iverse’, which will be filled with the story of ASTRO and AROHA (official fan club name), to release a new song.

The anticipation of the waiting global fans has been amplified. ‘U&Iverse’ is the 23rd new song in Universe Music and the second collaboration song after ‘ALIVE’ in September last year.