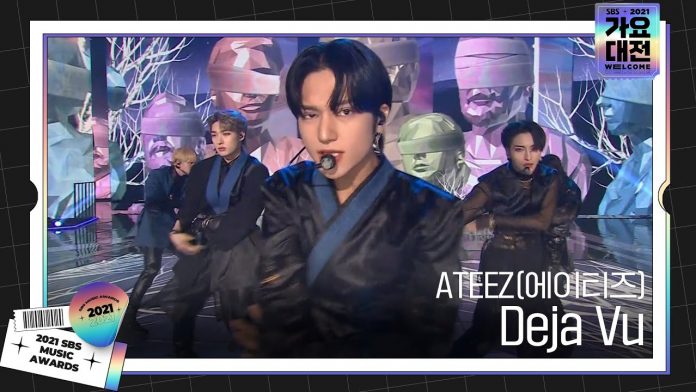 In ‘2021 SBS Gayo Daejeon’ broadcast on the 25th, ATEEZ, who met fans in various fields such as albums, broadcasts, and MCs this year, appeared and gave fans a day like a Christmas present.

First, Hongjoong and San went on the opening stage with all artists and presented a representative carol ‘All I Want for Christmas Is You’ of Mariah Carey, soaking the scene with a warm Christmas atmosphere.

After that, ATEEZ, who was in charge of the opening of the second part, performed a special stage with Turbo’s ‘White Love (at the ski resort…)’.

In particular, ATEEZ, who appeared on the stage with a traditional blue and black outfit with a soother and a headband, performed the scene with the representative songs ‘Deja Vu’ and ‘The Real (Hung Version)’ from the albums released this year.