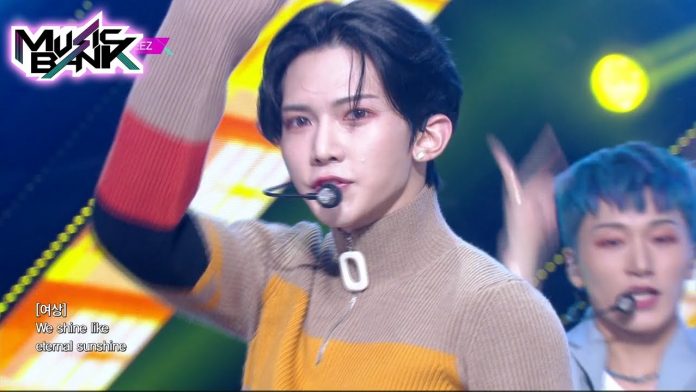 ATEEZ, who appeared on KBS2’s ‘Music Bank’ broadcast on the afternoon of the 8th, performed the double title song ‘Eternal Sunshine’ of ‘ZERO: FEVER Part.3’.

‘Eternal Sunshine’ is a synth-pop genre song with a refreshing melody and contrasting funky bassline, and it is full of ATEEZ’s refreshing energy, which is distinctly different from ‘Deja Vu’.

As of the morning of the 8th, ‘Eternal Sunshine’ has surpassed 2 million Spotify streaming streams as a single song, and the music video, which surpassed 10 million views in 18 hours and 30 minutes immediately after its release, has now surpassed 15.4 million views.

During the holidays, ATEEZ plans to visit fans through ‘Eternal Sunshine’ activities and fan signing events.