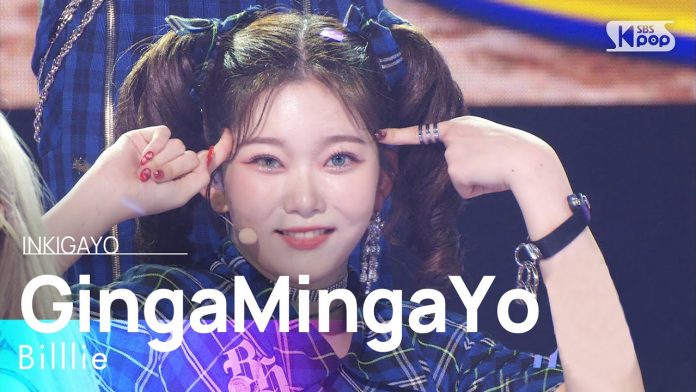 Billlie appeared on SBS ‘Inkigayo’ broadcast on the 13th and performed the title song ‘GingaMingaYo (the strange world)’ of the 2nd mini album.

In particular, Billlie caused a strong addiction with the melody and colorful performances that linger in the ears. The initial volume also sold out, and daily sales broke their own records every day, while the fancams released after the music broadcast also achieved high number of views.

In addition, the music video for ‘GingaMingaYo (the strange world)’, which is on a steep rise, including Melon, Bugs, Vibe, Spotify, and other major domestic and foreign music sites, as well as YouTube Music climbing 60 steps to 11th place, As of the 13th, it has achieved 22 million YouTube views.

Billlie plans to continue actively promoting ‘GingaMingaYo (the strange world)’ through each music broadcast and content.