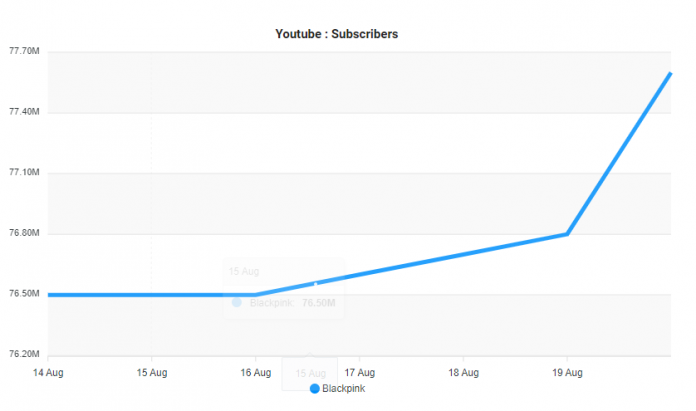 The music video for Blackpink’s 2nd full-length album ‘Pink Venom’ surpassed 100 million views on YouTube at 6:35 pm on the 20th.

The previous record for the shortest K-pop girl group was Blackpink’s mega hit ‘How You Like That’ music video (32 hours and 23 minutes). The music video for ‘Pink Venom’ reached 100 million views three hours earlier, breaking their own record.

The number of subscribers to Blackpink’s YouTube channel is growing even faster.

Around the 19th, the release date of the music video for ‘Pink Venom’, the number of these subscribers increased to nearly 1 million at once, and now more than 77.7 million.