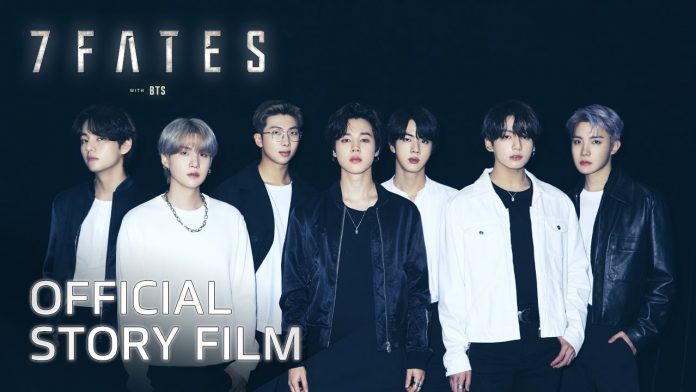 The three original stories to be released this time, ‘Seven Fates: Chakho’, ‘Dark Moon: Altar of the Moon’, and ‘Boys Chasing the Stars’ are the original stories collaborated with BTS, Enhypen and Tomorrow by Together respectively.

The original story ‘Seven Fates: Chakho’, which will be released on the 15th, is an urban fantasy genre set in a city of the near future. It is a new work created by reinterpreting traditional Korean tiger tales with HYBE’s own imagination. On the 8th and 11th, ‘Seven Fates: Chakho’ concept photos and teaser videos of BTS members who were divided into characters in the story were released on social media, raising expectations. The official story video will be released at 9 am (Korean time) on the 14th.

The original story, which will be released on the 16th the next day, is ‘Dark Moon: Altar of the Moon’ in collaboration with Enhypen.

Like a fantasy story that will unfold based on a variety of backgrounds from ancient magic kingdoms to modern private schools, ‘Dark Moon: Altar of the Moon’ reveals the main stage of the story and the concept photo of Enyphen, who is divided into characters in the story wearing school uniforms. It amplifies the curiosity about the story that will unfold in the future.

On the 17th, the original story of TXT’s collaboration, ‘Boys Chasing the Stars’ will be released.

The webtoons and web novels of HYBE’s original stories ‘Seven Fates: Chasing Ho’, ‘Dark Moon: Altar of the Moon’, and ‘Boys Chasing the Stars’ will be updated weekly in 10 languages through Naver Webtoon’s global service.