BTS J-Hope, the finale of ‘Lola Falluja’ in the US 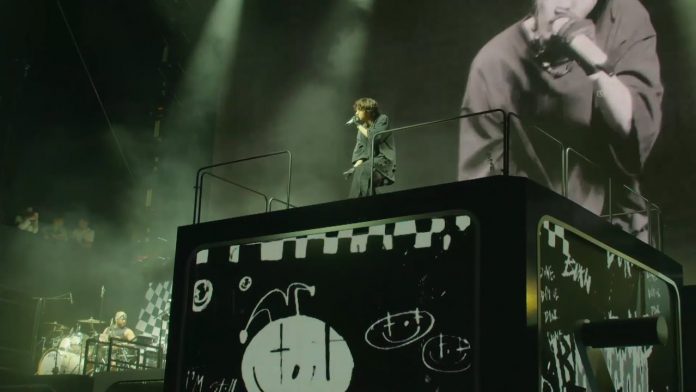 J-Hope took the stage as the main stage headliner of ‘Lola Fallujah’ held in Chicago, USA on the afternoon of the 31st of last month.

J-Hope went on stage and recently released his solo album ‘Jack In The Box’, his first mixtape ‘Hope World’, ‘Chicken Noodle Soup (feat Becky G)’, as well as a total of 18 songs including ‘BTS Cypher PT.1’ and ‘Dynamite’.

As the album title ‘Jack In The Box’ suggests, J-Hope started the stage by jumping out of the box installed on the stage, and then exuded a different charm for each song. He made the audience enthusiastic by releasing the stage of the double title songs ‘MORE’ and ‘Arson’, as well as the b-side tracks of ‘Jack In The Box’ in ‘Lola Falluja’.

At the end of the performance, on the stage of ‘Chicken Noodle Soup (feat Becky G)’, American singer and actor Becky G, who participated in the feature, made a surprise appearance, and the audience cheered enthusiastically at the passionate joint performance of the two.

J-Hope, who left a big mark as the first Korean artist to decorate the main stage in the 30-year history of ‘Lola Falluja’, said, “Even though we speak different languages, I make my music with all my heart. I hope (everyone) will listen to my story. It’s unfamiliar, but I want to tell myself that I’m proud of myself for overcoming this moment.”