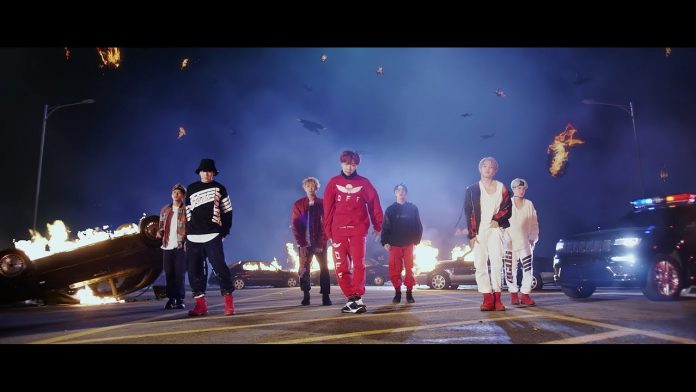 The number of YouTube views of the music video for ‘MIC Drop (Steve Aoki Remix)’, which was released on the HYBE Labels official YouTube channel on November 24, 2017, exceeded 1.2 billion at 3:06 am on the 1st (KST).

‘MIC Drop’ Remix is a newly released version of ‘MIC Drop’, a b-side song of LOVE YOURSELF 承 ‘Her’ released in September 2017, remixed by world-class DJ Steve Aoki.

BTS and Steve Aoki appeared together in the ‘MIC Drop’ remix music video.

Meanwhile, BTS has a total of 37 billion-viewed music videos, including ‘MIC Drop (Steve Aoki Remix)’, which has surpassed 1.2 billion views this time.