BTS Suga “I was so scared when there was a disband rumor.. Why did they tell us to rest?” 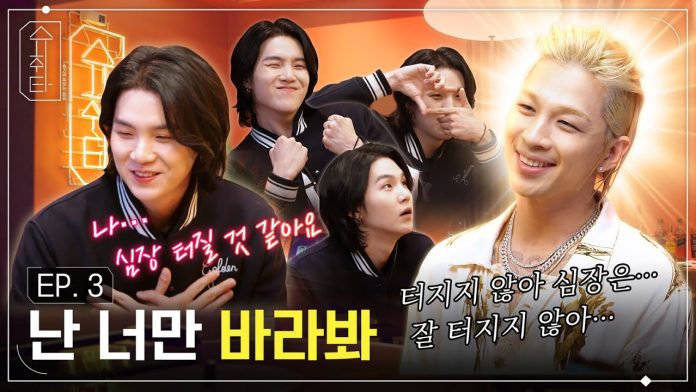 On the 18th, Suga talked with BIGBANG member Taeyang at the corner of BTS’ official YouTube channel, ‘Schwita’.

On this day, as soon as Suga met Taeyang, he was very happy and confessed that he was a fan.

Suga said, “I am so nervous. BIGBANG was so unique.”

Taeyang was grateful for Suga’s welcome and fan spirit.

Suga and Taeyang shared a common point and mind about doing solo activities while taking a break from team activities.

Suga said, “It’s all too scary for someone just starting out as a solo artist,” and Taeyang said, “I know how it feels. I know too well,” he agreed.

Suga said, “I shortly went to ‘That That’ as a guest, but I was so nervous. I’m so nervous because there are no members. I felt like throwing up.”

In response, Taeyang said that the team is important in the end. Taeyang said, “In the end, many of my solo activities and many things must be of help to the team unconditionally.

Suga also agreed. Suga said, “It is the coolest when we are in a team.” At the same time, Suga also confessed his fear when the disbandment rumor was mentioned.

TWICE, marching high even after 9 years of debut… Re-entered US Billboard’s ‘Hot 100’