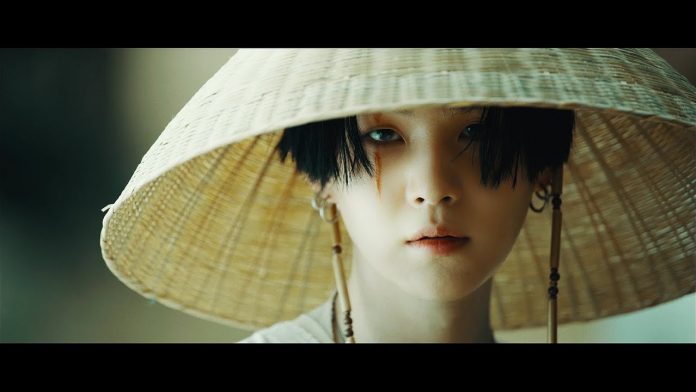 The magnificent scale throughout the music video overwhelms the eyes, and the scene where Suga dances the sword in a hanbok is the highlight.