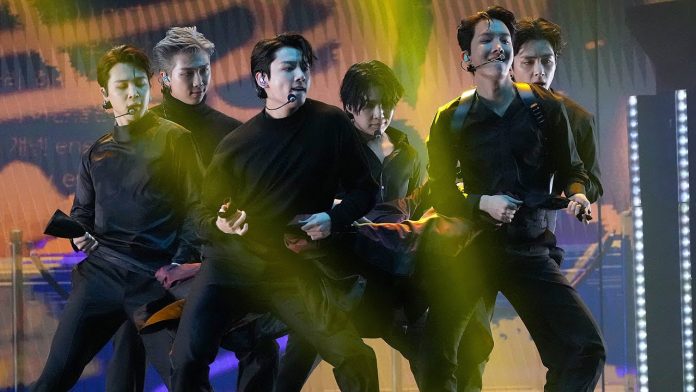 Today at the 64th Grammy Awards, BTS went on stage as a solo performer and attracted attention. This is the third time BTS has appeared as a performer at the Grammys.

However, last year, BTS was not able to attend the awards ceremony in person due to the aftermath of COVID-19, and the stage was performed in the form of transmitting pre-recorded videos in Korea, which left a little disappointment.

As this was the first time for BTS to perform in person, the Grammys also raised expectations with confidence that they were “the best” and “the largest performance ever”, and BTS also said in a red carpet interview in advance, “Everything is a new, wonderful performance. We are ready,” they said confidently.

They appeared on stage in all-black suits reminiscent of special agents and caught the eye from the moment they appeared.