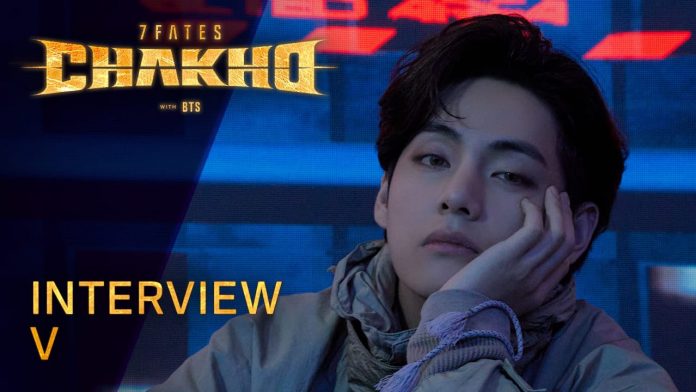 BTS V drew the attention of fans by revealing his excellent acting skills and various visuals in the video.

According to the BTS fandom ARMY, the official story and behind-the-scenes video of ‘7FATES: CHAKHO’ featuring BTS V was released on the 15th.

In this video, V appeared on a skateboard skillfully, radiating provocative eyes.

In addition, V showed his side as an actor by performing various performances in the behind-the-scenes video.

Previously, V showed off his unique visuals in the photos uploaded just before the story video was released on the 14th, revealing the side of a pictorial craftsman.