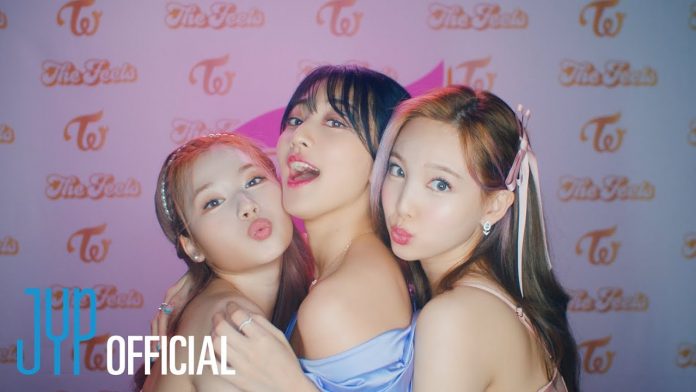 TWICE has released an additional teaser ‘Charm at first sight’ for the new English song ‘The Feels’, raising the enthusiasm for the release.

Ahead of the release of their first English single on October 1, TWICE is communicating with fans around the world by presenting various teasing contents such as spoiler videos, timetables, and concept images.

After the first teaser video of the title song ‘The Feels’ music video was released on the official SNS channel on the 27th, the second teaser was published at 1 pm on the 29th, heating up global fans even more.

TWICE continues the global popularity of the ‘K-pop representative girl group’ by delivering colorful visuals as well as the teen concept that many fans have longed for.

They will first unveil the stage for their new song ‘The Feels’ on the US NBC talk show ‘The Tonight Show Starring Jimmy Fallon’ on October 1.

TWICE will simultaneously release the new English song ‘The Feels’ around the world on the 1st of October at 1:00 am EST.