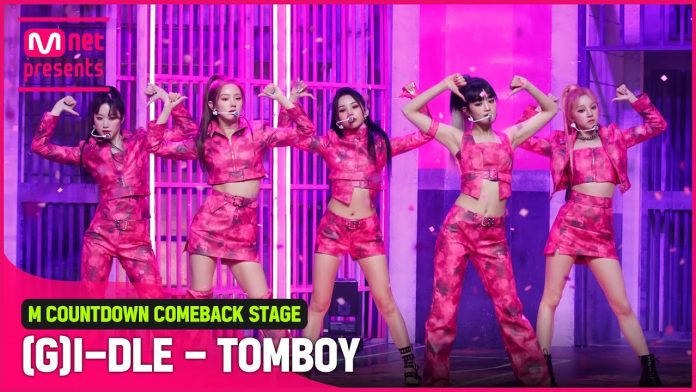 (G)I-DLE performed the title song ‘TOMBOY’ and the b-side song ‘MY BAG’ on the first regular album ‘I NEVER DIE’ on Mnet’s music program ‘M Countdown’, which was aired on the 17th (KST).

The 1st full-length album ‘I NEVER DIE’ is an album that contains the feelings and thoughts given to (G)I-DLE and the prejudices of the world, boasting the highest quality ever.