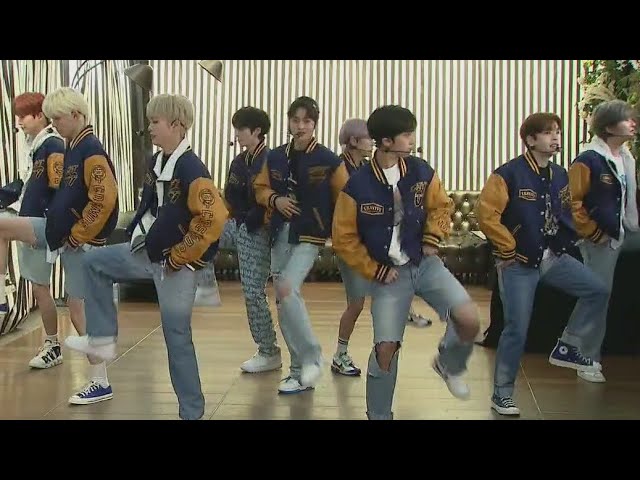 CRAVITY is about to broadcast the famous talk show ‘Good Day New York’ on the US FOX5 channel, which will be broadcast at 9 am on the 31st.

Cravity, who recently performed on the stage of ‘KCON 2022 Premiere’ held at the Rosemont Theater in Chicago, visited New York ahead of the schedule and performed an outdoor recording with ‘Good Day New York’ anchor Rosanna Scotto.

CRAVITY, who appeared on ‘Good Day New York’ in March to commemorate the release of the first full album part 2 ‘LIBERTY: IN OUR COSMOS’, immediately performed the point choreography for the title song ‘Adrenaline’, which received rave reviews from hosts Ryan Kristafer and hosts Rosanna and James Murray.

On the other hand, CRAVITY is scheduled to be broadcast on US FOX TV ‘Good Day NY’ at 9 am on the 31st today, and the new song ‘Vivid’ will be released through all online music sites together with the global fandom platform UNIVERSE at 6 pm Korean time.