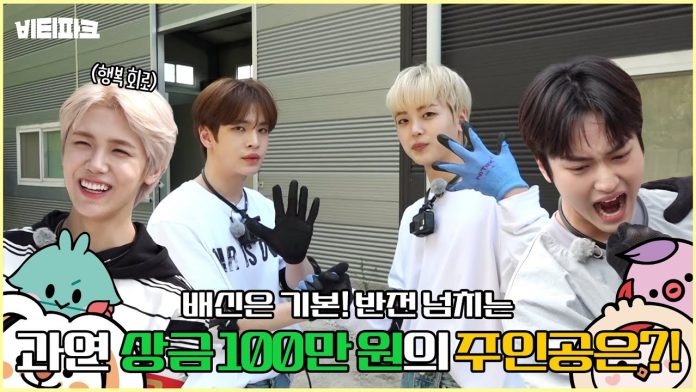 Following the first episode of Season 5 released last week, the first start of the CCREW Chase on this day was ‘Shark Game’. In response, Minhee of the attacking team made a shocking proposal, saying, “If (the defense team) wins, we will release three people” to boost the morale of the defensive team. In the end, the game returned to the victory of the attacking team, but Serim produced a warm scene by letting Taeyoung of the defense team escape with the broad generosity of a leader. Taeyoung, who was hiding from the attacking team’s eyes, devised a new strategy. He rushed to the prison while Serim and Minhee of the attacking team had their eyes on him, subdued the prison guard Seongmin and succeeded in rescuing all of the defending team, heightening the excitement. It’s a game where you put a tissue on your thumb and hold on, and Cravity adds fun to seeing each other’s sense of humor rather than winning. In particular, Taeyoung provoked laughter by performing a ridiculous performance with a tissue box on her finger. In the final round of the chase, CRAVITY performed various activities such as holding a tag and negotiating dramatic prizes between the members. At the end of the game, Serim removed all the tails of the remaining defensive team members and led the offensive team to the final victory.