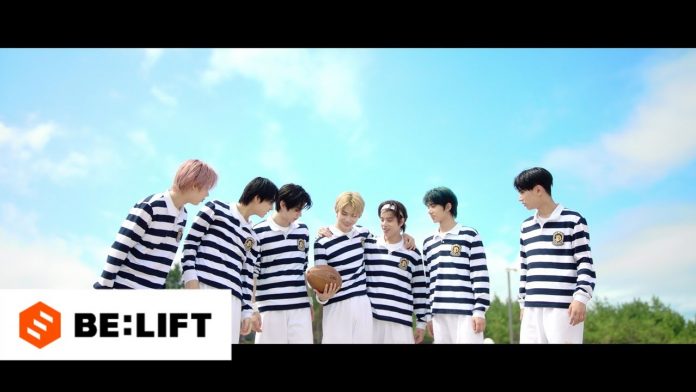 With the ‘BORDER’ series, ENHYPEN, which unleashed the complex emotions they felt before their debut and the honest feelings he faced after the debut, about the different world they encountered after the debut. The story will be drawn after realizing that it is a ‘world of a new dimension’.

‘DIMENSION: DILEMMA’, which opens the ‘DIMENSION’ series, is a dilemma in which boys who know his desires for the first time and begin to feel confused about his identity after entering a hyper-dimensional and multi-dimensional world where multiple values collide, cannot easily choose any of them. It contains the story of falling into a world but running forward without stopping.

What is particularly noteworthy is that through this album, ENHYPEN will challenge the concept of ‘cool’ for the first time. The point is the ‘non-stop refreshing’ performance that clearly reveals the boys who are in a dilemma but do not stop, and the choreography expresses the boys playing happily while playing ball games such as rugby and American football.

Here, point choreography such as ‘fan dance’ and ‘kick-off dance’ will show the energetic and sporty image of ENHYPEN that is both powerful and refreshing.

ENHYPEN’s new album ‘DIMENSION: DILEMMA’, which started as a ‘global fan-made group’ and established itself as a ‘4th generation hot icon’ with only two albums, will be released at 6 pm on the 12th (KST).