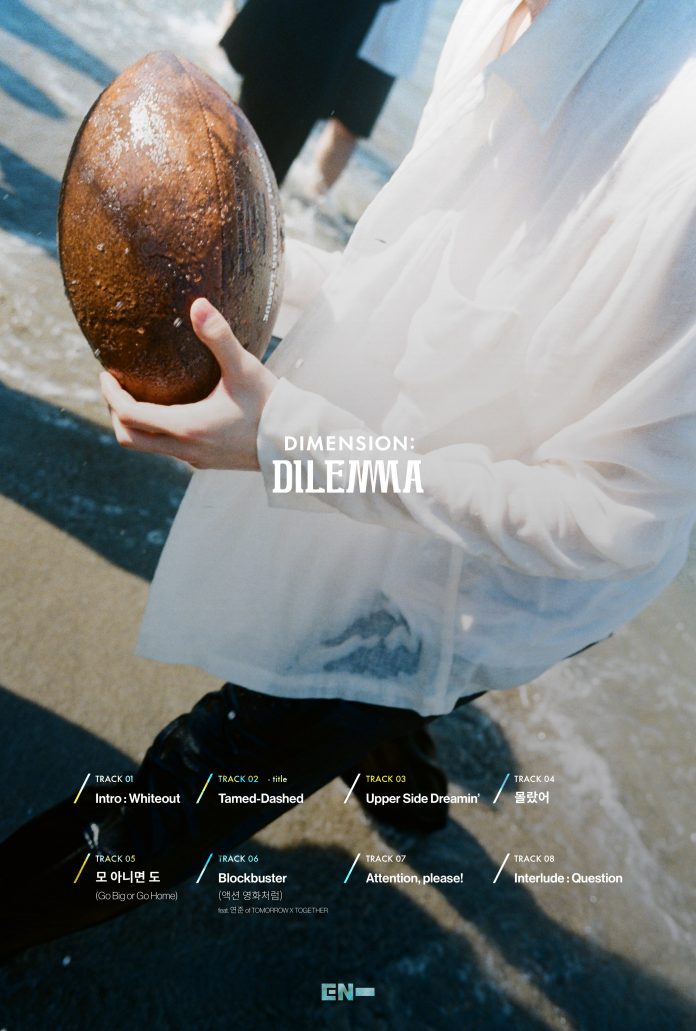 ENHYPEN released the tracklist of their new full album ‘DIMENSION : DILEMMA’ though their social media at 00:00 am on the 4th.

Group ENHYPEN will make a comeback with the title song ‘Tamed-Dashed’ on the 12th.

ENHYPEN closes the ‘BORDER’ series, which talked about feelings before debut and candid feelings about a different world that they encountered after debut, and starts a new ‘DIMENSION’ series.

The title song ‘Tamed-Dashed’ is a song that asks the question, “Will you be tamed with desire? (Tamed) Will you be cast out of desire? (Dashed)”, and tells the story of boys who experience the contradictions and conflicts of various desires, and feel embarrassed and anxious.