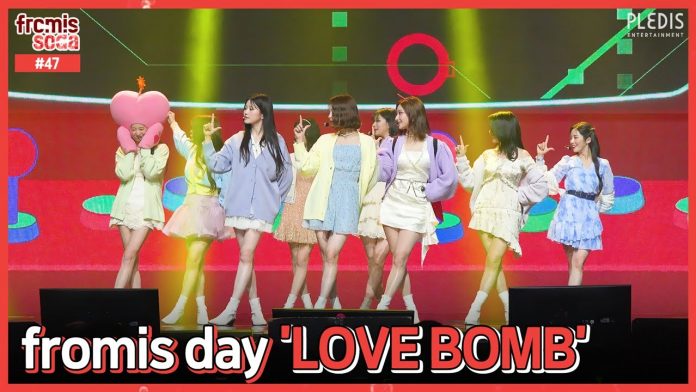 On the 4th, Pledis Entertainment, the agency, posted a video of the 3-day ‘LOVE BOMB’ stage performed by fromis 9 at their first official fan meeting ‘fromis day’ on the official social media channel of fromis 9 on the 4th.

fromis 9 filled the fan meeting site and released a video containing a vivid sense of reality to express gratitude to the fans who sent strong cheers with shouts and clappers, drawing out the excitement and lingering emotions of the time.

fromis 9 held the 2022 fromis_9 1st fan meeting ‘fromis day’ at the Blue Square Mastercard Hall in Seoul for 3 days from the 22nd to the 24th of last month and built precious memories with the fans.