Group Billlie, who returned with hard rock sound, “Unique worldview is what sets us apart” 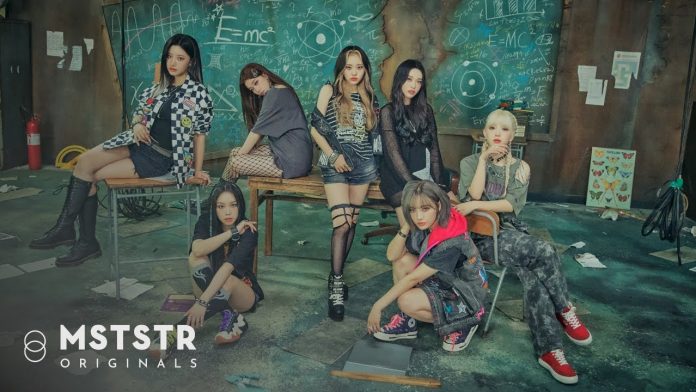 Group Billlie is showing off the signature pose of this album at a press conference held at Yes24 Live Hall in Gwangjin-gu, Seoul ahead of the release of their third mini album on the afternoon of the 31st.

Billlie held a press conference to commemorate the release of the album at Yes24 Live Hall in Gwangjin-gu, Seoul on the 31st and said, “Various genres such as hard rock, synth pop, and R&B pop are included in this album.”

Billlie is a girl group that was introduced in November last year by Mystic Story Entertainment, led by producer Jong-shin Yoon. Member Tsuki showed various expressions on the stage of the title song ‘Ginga Minga’ in the last mini album, and the ‘Fancam (mainly taken by only one member, a video taken by a fan)’, which recorded this, was particularly loved, recording more than 10 million views. .

While other girl groups such as Ive, who debuted at the same time, NewJeans, Blackpink, Girls’ Generation, Itzy, (G)I-DLE, and aespa, are occupying the charts of various domestic and foreign music streaming sites, attention is being paid to whether Billie will show competitiveness.

Member Siyoon said, “The narrative with unique storytelling is what sets Billlie apart.

Billlie first released a 10-minute concept film on the 25th.