HIGHLIGHT, first stage of ‘DAYDREAM’, the title song of the regular album in ‘M Countdown’ 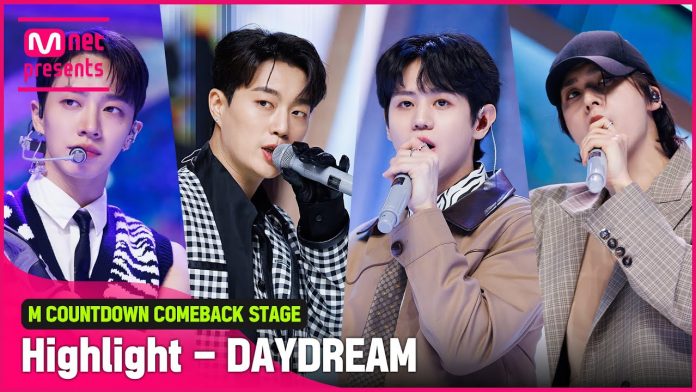 HIGHLIGHT appeared on Mnet’s music program ‘M Countdown’, which will be broadcast on the afternoon of the 24th, and unveiled the stage for the first time on the air, the title song ‘DAYDREAM’ of the first regular album ‘DAYDREAM’.

HIGHLIGHT, who made a comeback as a whole after 10 months, will perform on various music shows from this day on.

Following the soundtrack and music video, the live performance is expected to double the joy of fans who have been waiting for Highlight’s comeback.

HIGHLIGHT’s first full-length album ‘DAYDREAM’ consists of a total of 10 high-quality songs, including the title song of the same name and self-composed songs by Lee Gi-kwang and Son Dong-woon.