Hyolyn, Proof of Live Queen with ‘No Thanks’ 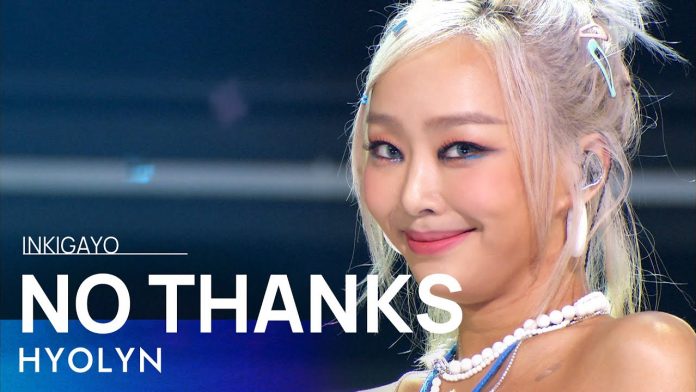 Hyolyn, who returned with her third mini-album ‘iCE’ on the 18th, is cooling the music industry with her comeback and various live performances.

Hyolyn, who appeared on various music shows as ‘Ice Queen’ to cool off the hot summer heat, improved the perfection with a perfect three-beat performance, as well as a more splendid visual, and a live that added a refreshing feeling to her husky voice.

Since the time of Mnet’s ‘Queendom 2’, Hyolyn, who showed off her unshakable live skills despite intense choreography, is showing her improved skills in this activity.

In particular, in ‘Begin Again Open Mic’, he drew admiration by showing BTS’ ‘Dynamite’ cover, which she interpreted in her own style, in addition to her own songs.