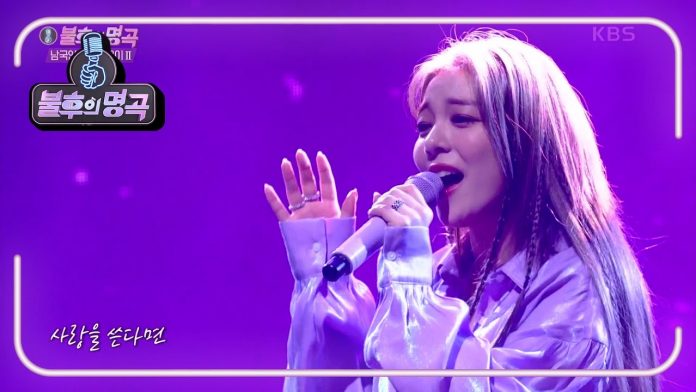 Singer Ailee won the final championship in the first division in the 2021 King of Kings episode of ‘Immortal Song’.

On the 18th, Ailee appeared in the first part of KBS2’s ‘Immortal Song’ 2021 King of Kings and won the championship, proving the unrivaled presence of a representative diva in the music industry.

In October, Ailee returned to the ‘Immortal Song’ for the first time in about three years, and arranging Jeon Young-rok’s ‘Write Love with a Pencil’ in her own color, and won the final victory.

Ailee, who presented a stage worthy of the title of ‘the representative diva of the music industry’, defeated actor Choi Dae-cheol and the band Mongni to win the first division trophy.