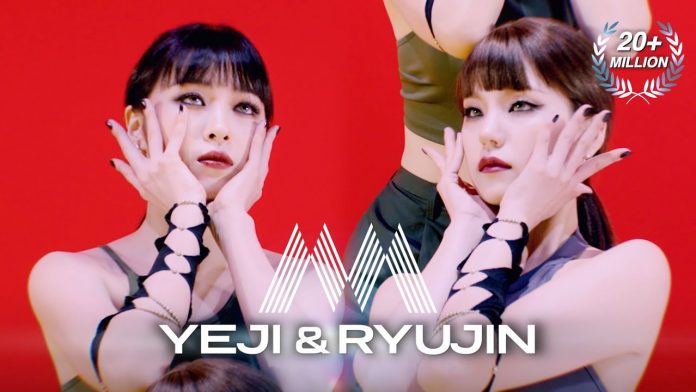 ITZY delighted local fans by releasing the news of the release of the second single ‘Blah Blah Blah’ and the album image through the official Japanese social media channel.

This new album contains a total of 4 tracks, including the title song ‘Blah Blah Blah’, the b-side song ‘Can’t tie me down’, and two instrumental sound sources.

ITZY officially debuted in Japan with the release of their best album ‘IT’z ITZY’ on December 22, last year.

In particular, ITZY was selected as the rookie artist with the highest total sales as of the first half of this year (aggregation period 2021.12.27 ~ 2022.06.20) announced by Oricon, as well as being the second foreign artist in the field to be ranked first in history.

Yeji and Ryujin released the performance video of ‘Break My Heart Myself’ on the official YouTube channel of ‘STUDIO CHOOM’ of Mnet Digital Studio M2 on June 11th, and the original songwriter BeBe Rexha uploaded a post praising the two members on a personal social media channel and drew attention.

In response, BeBe Rexha, Yeji, and Ryujin officially released the soundtrack of ‘Break My Heart Myself’ (feat YEJI & RYUJIN of ITZY) on the 29th of last month and responded to their high support.

ITZY successfully held the Seoul performance of its first world tour ‘ITZY THE 1ST WORLD TOUR ‘CHECKMATE’ at the SK Olympic Handball Stadium in Seoul Olympic Park on the 6th and 7th.

August 24, 2022
Share
Facebook
Twitter
Pinterest
WhatsApp
LINE
Previous articleBlackpink’s Jennie to the US after V… dating in New York?
Next articleNCT 127 confirmed to release 4th regular album on September 16.. Warming up for comeback with ‘NEO SEOUL’