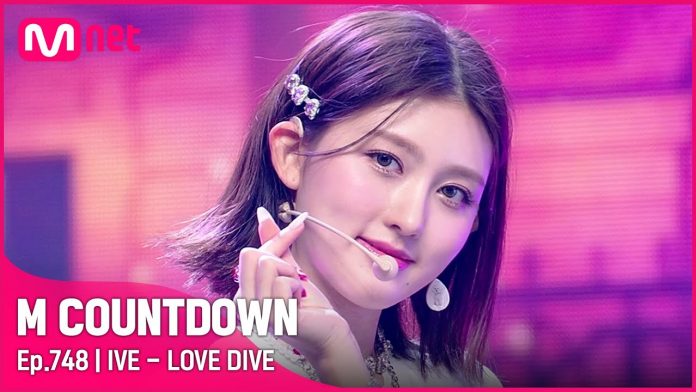 Even after the end of the official promotional activities for the current album, ‘4th generation representative group’ IVE continued their career high by ranking first on music shows.

IVE’s leader Ahn Yujin said through their agency, “I wasn’t expecting it because ‘Love Dive’ promotions were over, but I’m so happy to have won 1st place on M Countdown for the first time since debut like this, and thank you so much for Dive!”

Through this trophy, IVE rose to the top spot on the 7th music show since the comeback of ‘LOVE DIVE’.

The debut song ‘ELEVEN’, released in December last year amid rave reviews by Forbes, the US business magazine, has won 13 music shows including the terrestrial triple crown, and 5 months after its release, it is still on the Billboards domestic and foreign billboards, along with the recently released ‘Love Dive’ sound source. They continue their global impact by placing their name on the top of global charts such as Spotify, YouTube Music, Amazon Music, Apple Music, Oricon Chart, Line Music, QQ Music, etc.

In addition, the ‘Love Dive’ challenge is actively continuing on the global short-form mobile video platform TikTok, and the number of video views with the hashtag ‘#LOVEDIVE’ exceeded 200 million views in a week, proving its global popularity.