Jin of BTS: “The discipline as the eldest? They yse respectful words.. They are better than me” (‘Hal Myung Soo’) 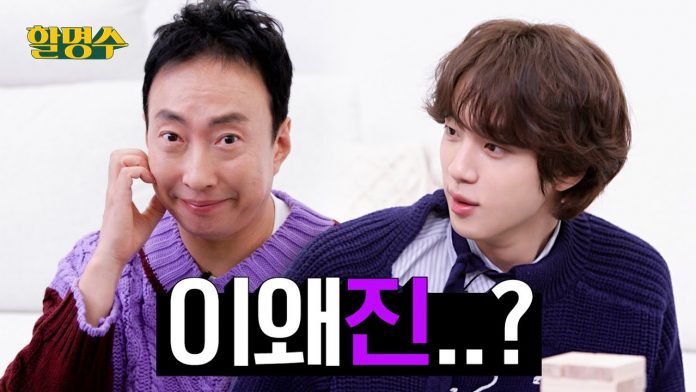 BTS Jin praised the members for being better than himself.

On the 7th, on the YouTube channel ‘Hal Myung-soo’, ㅁ new video was uploaded with the title of ‘I hope you get to know BTS Jin X Myung-soo..♥︎’.

Jin, who appeared as a guest on this day, showed off her sense of entertainment by grabbing Park Myung-soo from the beginning.

In addition, Park Myung-soo asked how he leads the members as the eldest of the team, looking for commonalities with Jin.

Jin added, “They use respectful words,” and when asked if Jin would discipline the members as the eldest brother, he replied, “They are too talented to be disciplined…”