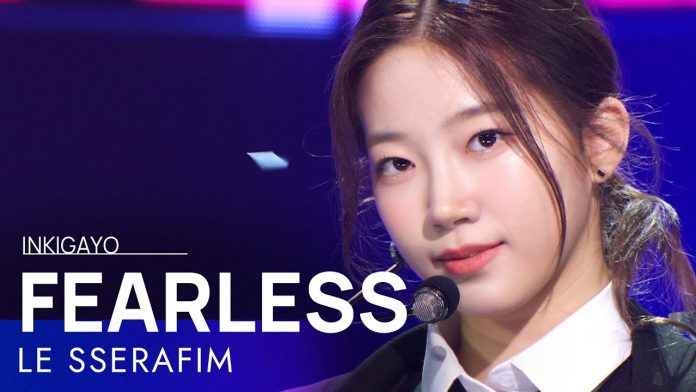 ‘FEARLESS’ settled in the 10th place on the Melon Weekly Chart released on the 6th (aggregation period: May 30th – June 5th). Finally, as their name was placed in the ‘Top 10’ on the latest charts, ‘FEARLESS’ achieved the best performance among the debut songs of a girl group released this year.

This is the record for achieving 5 million monthly listeners in the shortest time among K-pop groups that recently debuted, realizing Le Sserafim’s global popularity.

With this album, Le Sserafim set a new record in the first week of the girl group’s debut album (the album sales for a week from the release date).

In addition, the title song ‘FEARLESS’ entered the US Billboard chart 8 days after their debut, and broke the chart record for the shortest time among debut songs of a girl group by entering the ‘Global Top 200’ chart on Spotify on May 3rd.