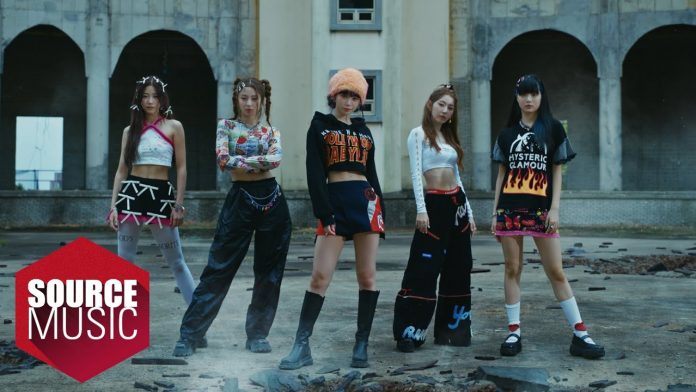 Le Sserafim finished their activities for their 2nd mini album ‘ANTIFRAGILE’ over 5 weeks with SBS ‘Inkigayo’ on the 20th.

In many ways, Le Sserafim has achieved superior results compared to their debut album ‘FEARLESS’. In particular, this album ranked 14th on the Billboard 200, the US Billboard’s main album chart, breaking the record of entering the chart in the shortest period in the history of a K-pop girl group and the highest Billboard 200 debut among 4th-generation girl groups.

They were named in 5 categories of the US Billboard charts and the Global Spotify Weekly Top Song chart for 4 consecutive weeks, and ranked 2nd and 3rd respectively on the weekly charts of Bugs, Melon, and Genie (counting period from November 7th to 13th) on domestic music sites, maintaining an immovable top spot.

First of all, the powerful group dance and undisturbed live made them establish themselves as ‘the best in girl group performance’.