Le Sserafim, appeared on Japan’s leading music show within a week of debut… 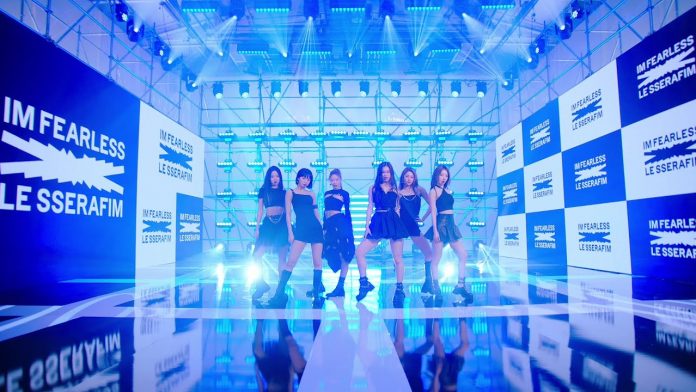 Le Sserafim entered 7th place on the Japanese Line Music Daily Top Songs chart on the 2nd day of the release day with their debut song ‘FEARLESS’, rose to 4th place a day later, and continued to maintain the top position.

Le Sserafim’s debut album ‘FEARLESS’ sold a total of 307,450 copies during the week of release on the Hanteo Chart, setting a new record for the first week of the girl group’s debut album.

The song first entered #171 on the 3rd and achieved a new record in the ‘Global Top 200’ chart in the shortest time among the debut songs of a girl group.