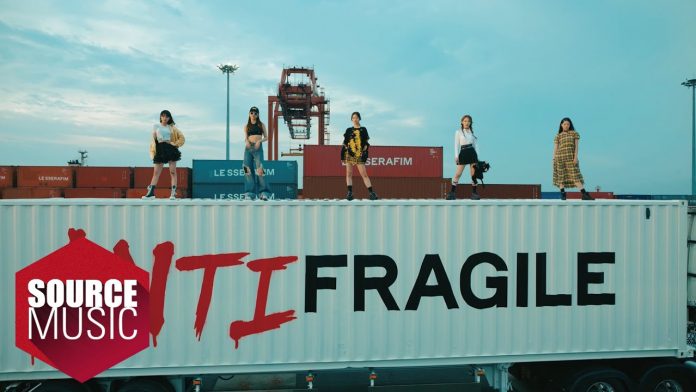 LE SSERAFIM has released the first concept photos of the new album.

On the 28th at 0 o’clock(KST), Le Sserafim (Kim Chaewon, Huh Yunjin, Sakura, Kazuha, Hong Eunchae) posted the first concept of the 2nd mini album ‘ANTIFRAGILE’, ‘FROZEN AQUAMARINE’ version of group and individual photos on the Source Music and the team’s official social media, and showed off the beauty of snow crystals against the backdrop of the bitterly cold snowy mountains.

The flower that rises through the cold snow and is in full bloom resembles Le Sserafim, which grows stronger as they face trials.

These concept photos depict Le Sserafim, which does not lose its boldness even in extreme situations, and at the same time visually expresses the message contained in the new album.

Le Sserafim talks about how the five members face and overcome trials through their second mini-album ‘ANTIFRAGILE’.

Meanwhile, Le Sserafim’s 2nd mini album ‘ANTIFRAGILE’, which will be released on October 17th, has surpassed 400,000 orders in just 7 days of pre-order.

Compared to the fact that the debut album recorded 380,000 pre-orders in about 20 days, you can feel the steep rise in popularity of Le Sserafim.

(You can find LE SSERAFIM’s concept photos from the source link below.)