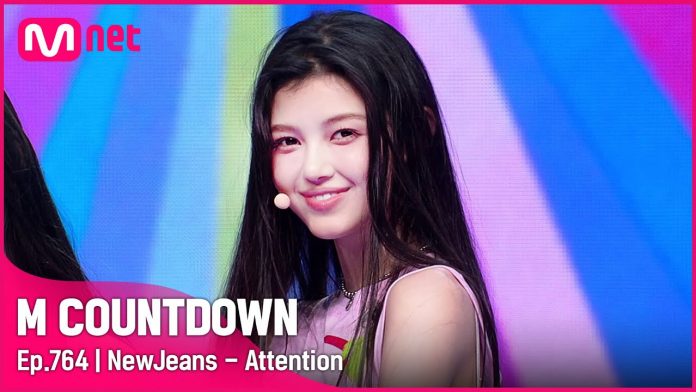 NewJeans had their first trophy on music shows since their debut. NewJeans (Minji, Hanni, Danielle, Haerin, Hyein) took first place on Mnet’s ‘M Countdown’ on the 18th with the first title song ‘Attention’ of their debut album.

NewJeans said, “We are very grateful for the love you have given me since our debut album, and it feels so good to win 1st place. We will become NewJeans who always work hard so that we can repay the love and support you have given us.”

Separately, through their agency ADOR, NewJeans said, “Every day is happy because all the songs in the debut album, including ‘Attention’, which gave us the first place in the first music show, are receiving great love. We will do my best for the rest of my promotions, and we will always show you the best stage.”

On the other hand, NewJeans released the performance music video for ‘Hype Boy’ on the YouTube channel of HYBE Labels at 6 pm on the 18th.