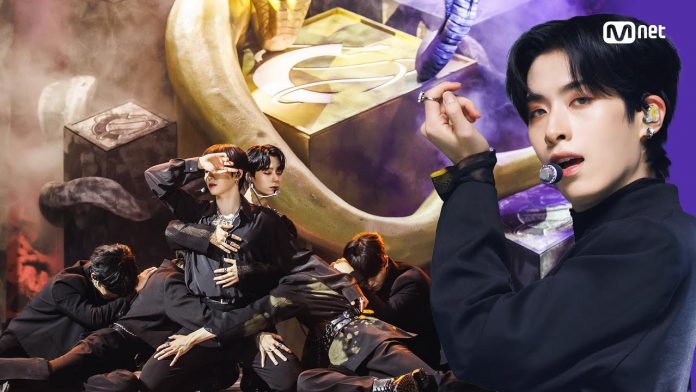 ONEUS (Ravn, Seoho, Leedo, Keonhee, Hwanwoong, Xion) performed the title song ‘Same Scent’ of the 8th mini album ‘MALUS’ for the first time in Mnet ‘M Countdown’, which will be broadcast on the 8th.

ONEUS is expected to perfectly satisfy the expectations of fans who have been waiting for their comeback by showing their sexy visuals and limitless concept digest suitable for the modifier of ‘stage genius’.

In addition, ONEUS provoked an enthusiastic response through the ‘Same Scent’ music video with an unconventional wave performance and the point choreography of ‘Tears Don’t Stop’.

As soon as the new album was released, ONEUS roamed domestic and foreign music charts, proving its strong global popularity.

On the other hand, ONEUS will unveil the stage of the new song ‘Same Scent’ for the first time through Mnet ‘M Countdown’ on the 8th.