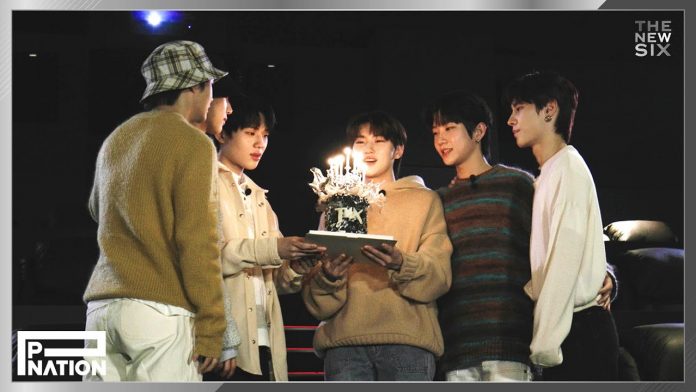 P NATION’s first boy group TNX is drawing attention by releasing concept photos that gives a glimpse into the atmosphere of their debut album.

TNX posted concept photos of Kyung-Jun Woo and Jun-Hyeok Chun through the official social media account on the 6th and 7th.

In the first released concept photo of Kyung-Jun Woo, his soft sensibility and rock-chic charm were reversing, leading to an atmosphere where he focused his attention at once.

It is an album that contains the story of growth following the challenges and overcoming that will unfold in the future with six colors of emotion and strength.

Members Eunhwi, Woo Kyung-jun, and Cheon Jun-hyeok have been listed on the credits of quite a few tracks and have shown the side of a ‘complete idol’ from their debut album, increasing interest in TNX’s future moves.

(You can find TNX’s concept photos from the source link below.)

May 8, 2022
Share
Facebook
Twitter
Pinterest
WhatsApp
LINE
Previous articleIVE beat (G)I-DLE and BLACKPINK to rank 1st in the girl group brand reputation
Next articleBTS V climbs to the top 9 influencers around the world… The number of followers exceeds 41 million, the highest record for a Korean male celebrity