PSY, thanks + apology to Suzy…”‘Celeb’ MV released after 3 years” 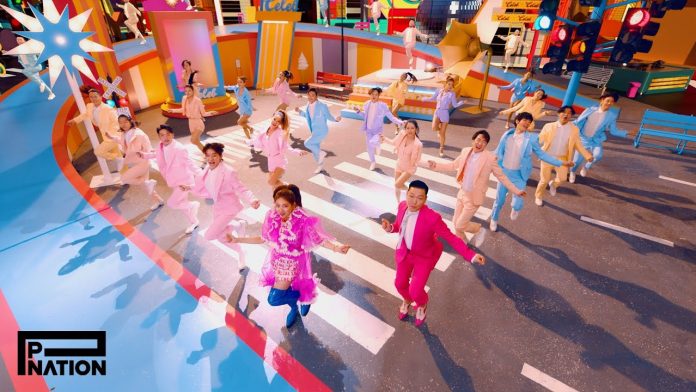 On the afternoon of the 29th, a press hearing for PSY’s ninth full album ‘PSY 9th’ was held at Fairmont Ambassador Seoul in Yeouido-dong, Yeongdeungpo-gu, Seoul.

On this day, PSY introduced the songs on the new album and said about ‘Celeb’,

“This is a song that was produced in 2019. It was produced with the title at the time in 2019, and I saw the light of the world after 3 years.” Zico wrote and composed the lyrics for ‘Celeb’. PSY said, “This is Zico’s second project after ‘I LUV IT’.” Actress Suzy appears in PSY’s ‘Celeb’ music video.

April 30, 2022
Share
Facebook
Twitter
Pinterest
WhatsApp
LINE
Previous articleLe Sserafim, already ‘hot’.. The story of the ‘real me’ to be told through ‘FEARLESS’
Next articleTomorrow by Together, new album pre-orders exceed 1.44 million… Preview of ‘Million Seller’