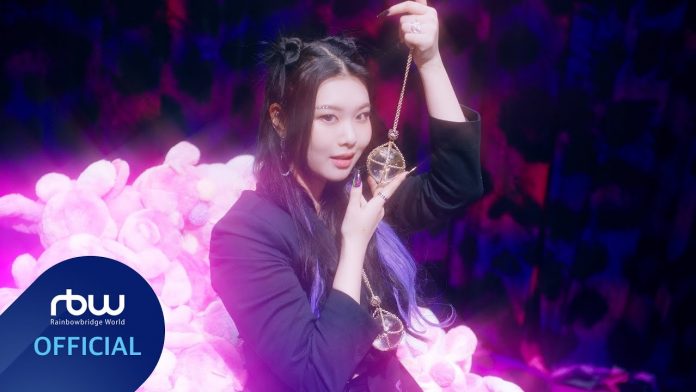 In this way, starting with PURPLE KISS Dosie, Yuki, Chaein, and Swan, each individual teaser video showing their individuality is shown sequentially, and there is a lot of anticipation for the personal teaser video of Park Ji-eun, Nago-eun, and Ireh, which will be released later.

PURPLE KISS will release their new mini album ‘memeM’ on the 29th.

The new album is released six months after the second mini-album ‘Hide & Seek’ released in September last year, and contains the unique storytelling and concept of PURPLE KISS.

RBW producers Kim Do-hoon, Seo Yong-bae, and Lee Hu-sang participated in writing and composing for the title song ‘memeM’ with the same name as the album name, and member Yuki also participated in rap making, adding a unique color to Purple Kiss.

In their previous work ‘Hide & Seek’, PURPLE KISS transformed into a ‘teen zombie’ that combined a horror concept with kitsch sensibility, and this time transformed into an alluring witch, a ‘theme doll’ that expresses various concepts in their own colors.

Meanwhile, PURPLE KISS will make a comeback with the release of their third mini album ‘memeM’ on the 29th at 6 PM (KST).