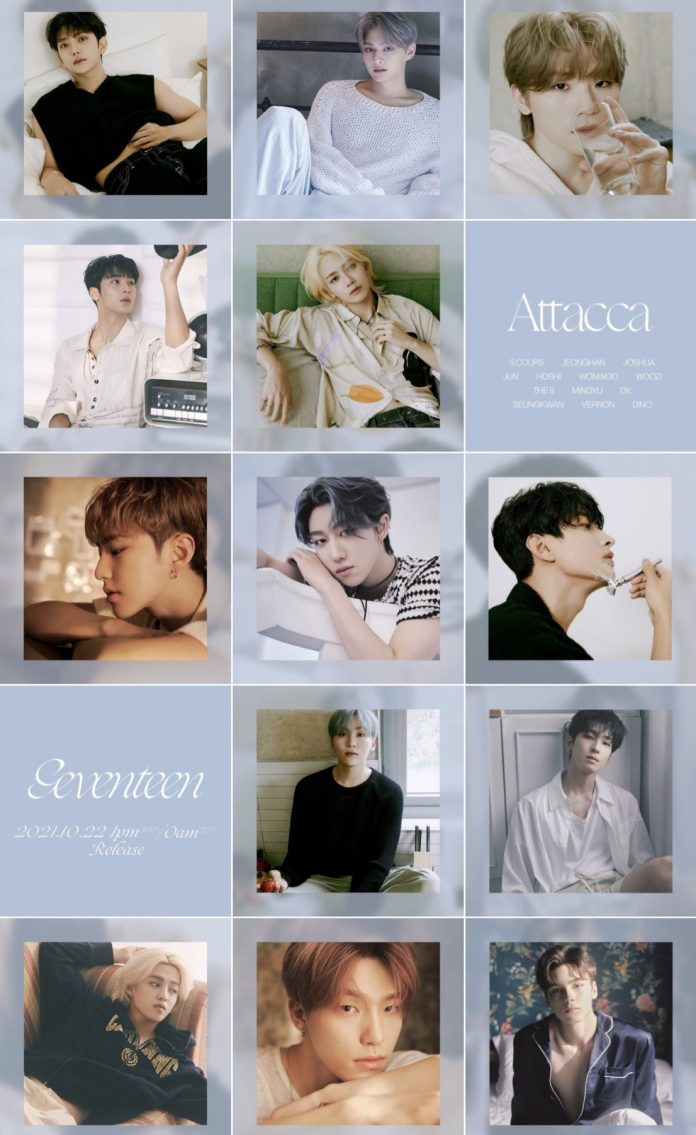 The album name of the 9th mini album ‘Attacca’ is a term for ‘continue to play without interruption’ when the next movement is continued from the end of one movement, so the name of the official photo also used ‘Op’ in music, which means the work number.

(You can find SEVENTEEN’s official photos from the source link below.)

Oneus, the first stage of the new song ‘Bring it on’ at ‘Music Bank’ on the 20th