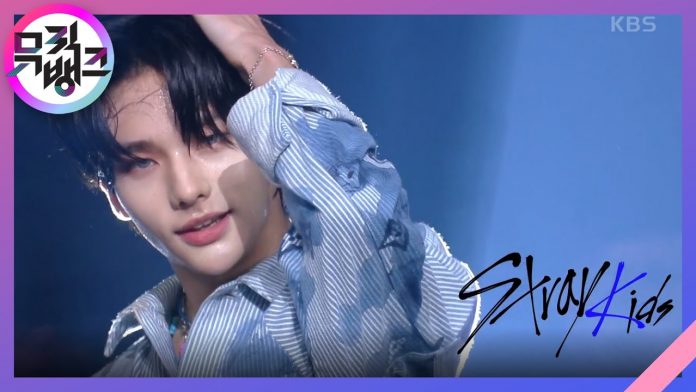 Stray Kids will start their music broadcast activities for the b-side song ‘DOMINO’ starting from KBS 2TV ‘Music Bank’ on the 24th.
Stray Kids will start their follow-up activities with the b-side song ‘DOMINO’ following the title song ‘Thunderous’ of their 2nd regular album ‘NOEASY’ released on the 23rd of last month. Stray Kids will respond to the earnest wishes of fans through ‘DOMINO’ activities and provide energetic performances that will prove the qualifier of ‘K-Performance Master’.
With their second full-length album, Stray Kids is making strides by setting various new records. On September 4th, on the US Billboard chart, the album ‘NOEASY’ ranked 4th in Hit Seekers Album, 5th in World Album, 38th in Independent Album, and 69th in Top Current Album Sales.
It succeeded in entering seven categories on the Billboard, ranking 52nd on the Billboard Global (excluding the US) and 80th on the Billboard Global 200.
Meanwhile, Stray Kids will release their new single ‘Scars / Thunderous -Japanese ver.-’ in Japan on October 13th.
Following the recent group and individual photos of the 2nd single album, at 9 pm on the 23rd, the performance MV of the double title song ‘Thunderous -Japanese ver.-‘ was pre-released, heating up the comeback fever.
Stray Kids, who officially debuted in Japan after releasing their best album ‘SKZ2020’ on March 18, 2020, solidify their position as ‘the 4th generation representative of K-pop’ with a new single album and increase their firepower in the local popularity.