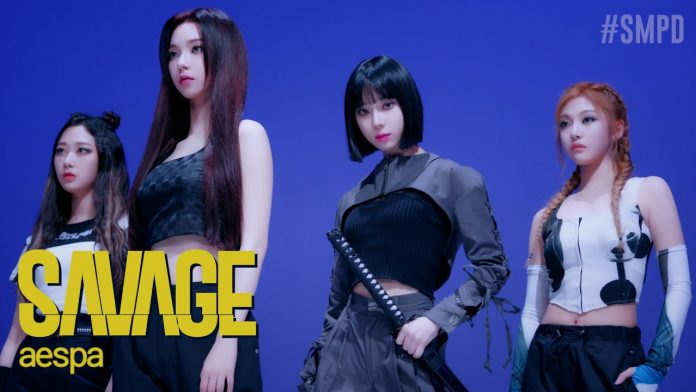 The group AESPA took over the album charts with their first mini album ‘Savage’. In addition, the title song ‘Savage’ also took the top spot on various real-time charts immediately after its release and showed great popularity by lining up the tracks, and as of 9 am on the 7th (KST), Melon Top 100, Genie, and FLO charts all ranked 1st, and the emerging music queen’s power was proven.

AESPA, who made a comeback with the new song ‘Savage’, appeared on MMTG run by JaeJae and showed off their sense of entertainment. AESPA has been a topic on social media for its unique dormitory rules, such as sharing a wardrobe, eating together, and mixing laundry.  So this time, Jaejae went to AESPA and lived according to their dormitory rules.

Immediately after the release of the first mini-album title ‘Savage’, AESPA took first place on real-time charts such as Melon, Genie, and Bugs, and occupied various music charts by lining up the songs.